Artworks   |   Reliquary with Vision of Saint Anthony from Padua, 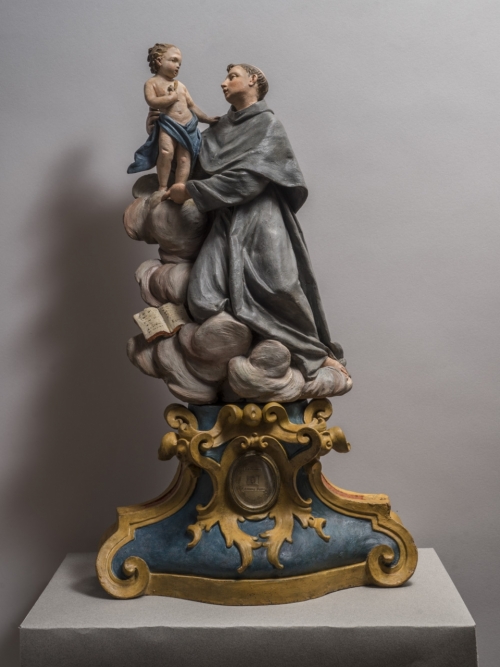 Reliquary with Vision of Saint Anthony from Padua, 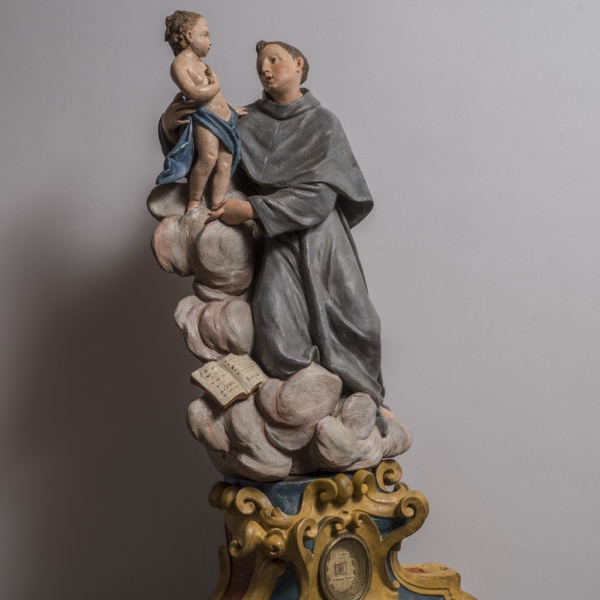 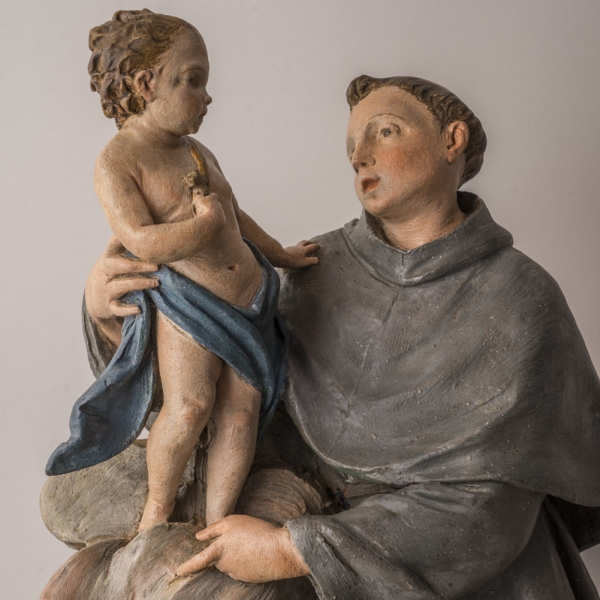 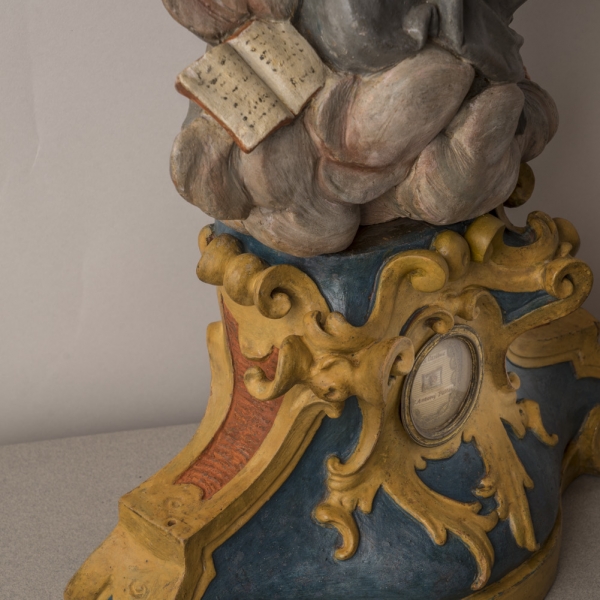 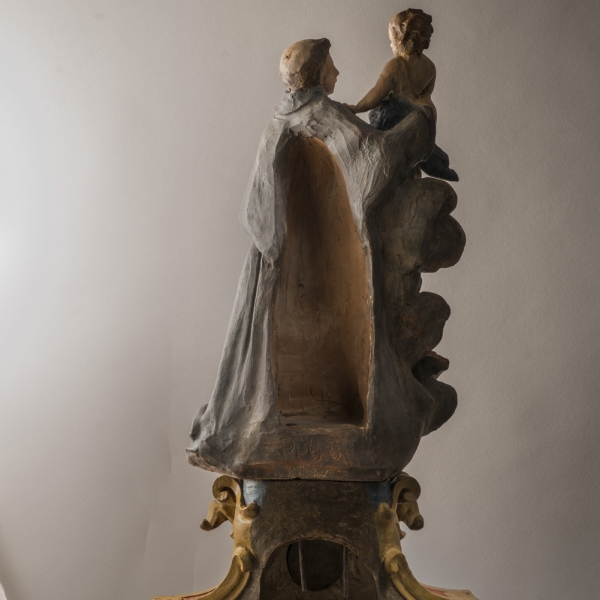 The initials inscribed in the back of this Reliquary lead us back to the Bolognese artist Domenico Pio’, son of the famous sculptor Angelo Gabriello, a dominant figure of the Bologna art scene between the XVII and the XVIII century, and the best exponent of the city’s sculptors in clay artists, devoted to the production of religious-themed works of art, who became in 1721 member and then professor of the noted Clementina Academy. Domenico, after a long apprenticeship in the father’s versatile workshop, started as a stucco decoration modeller, then became specialised in the production of small religious-themed sculpture both for private and ecclesiastical destination. Testimony of this production is a small group sculpture such as the Due Pastori (recently on the antiquarian market), the Due Contadini (Bologna, Conservatorio di Santa Marta), and two other signed Allegorie themed that went to auction at Christie’s in 2007. In those works of art, as in the one here examined, the style inherited by the father’s tradition seems to dilute itself into less graceful strokes, where surfaces and folds became less sharp and more soft and modulated, perfectly in line with the developing “barocchetto bolognese” style. The work here examined denotes a certain skill in clay modelling and is composed by two block of clay finely carved, emptied in the rear and then assembled. In the upper part is depicted a famous episode from the life of Saint Anthony of Padua, where the praying Franciscan friar has a vision in which the Child Christ appears to him sitting on a wisp of clouds. This sculpted scene is placed upon a triangular base characterised by ample baroque style coils, and at the centre holds the typical hole recess made to hold a precious relic – in this case a bone - tied to the Saint’s devotional cult. This leads us to believe that this work of art was conceived for a ritual use inside a church or an oratory devoted to the cult of the Saint. This work of art, from a figurative and typological point of view, seems to synthesise two illustrious precedents from his father’s production. One is the Ostensorio made in gilded terracotta by Angelo Gabriello for the church of San Mamante a Medicina in Bologna, conceived as a sculptural group model to be then translated in silver, which for its beauty and fine quality of execution was immediately considered and admired as an autonomous work of art. The second, were without doubt the two large processional statues made in papier-mâché depicting Saint Francis and Saint Antony of Padua, today in the Church of San Francesco in Bologna, that are similar to our sculpture, even if of a bigger size, in the iconographic idea and in its destination as a reliquary.